Ancient coins unearthed a decade ago in Nabarangpur district will be displayed to the public and researched by numismatists and epigraphists at the State Museum. The rare coins, which are now in the safe custody of the Nabarangpur district treasury, will shortly be moved to the State Museum for detailed study. In 2003-04, villagers discovered the coin hoard near Kosagumuda in the district when present state tourism and culture secretary Arabinda Padhee was the collector there. The collection was found by chance by the local residents. It consists of unique silver and gold coins that are clearly ancient. 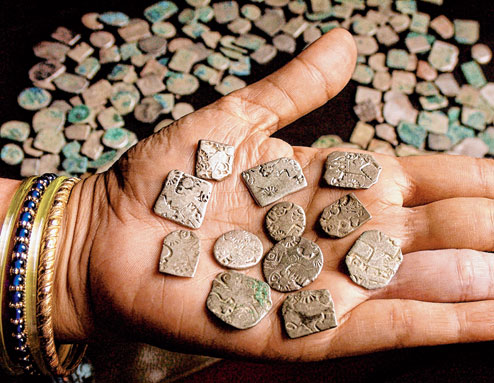 Coins have a few Persian symbols and emblems of a spider and other images
that were most likely disseminated on coins during the Mughal era, may be under Akbar’s reign