A group of divers in Israel has stumbled upon the largest hoard of gold coins ever discovered in the country. The divers reported the find to the Israel Antiquities Authority, and nearly 2,000 coins dating back to the Fatimid period, or the eleventh century, were salvaged by the authority’s Marine Archaeology Unit. The find was unearthed from the seabed of the ancient harbour in Caesarea National Park, according to a press release from the Israel Antiquities Authority. The five divers have been called “model citizens” by the antiquities organization. Had the divers removed the objects from their location or tried to sell them, they could have faced a sentence of up to five years in prison. The oldest of the coins is a quarter dinar that was minted in Palermo, Sicily during the second half of the ninth century. The majority of the coins can be traced back to the Faimid caliphs, Al-Ḥākim and his son Al-Ẓāhir who were alive in during the eleventh century. These coins were minted in Egypt and North Africa. 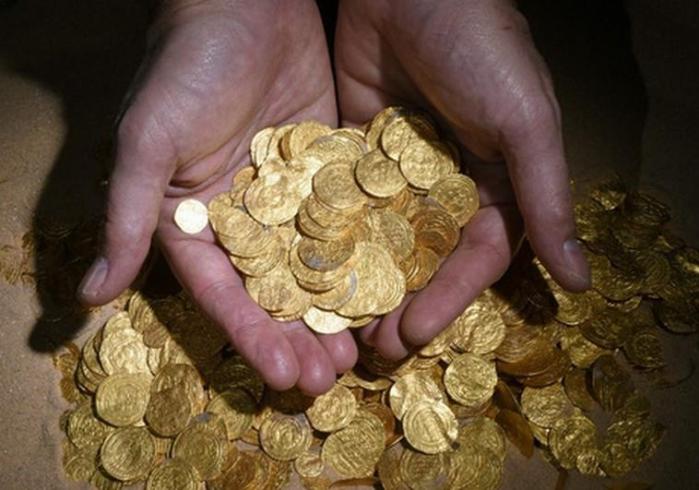