COPENHAGEN, DENMARK—Some 2,000 spirals made of gold have been unearthed in a field in south-western Zealand, where four gold rings and six gold bowls have been found in the past. The spirals date to the Bronze Age, between 900 and 700 B.C. “Maybe the spirals were fastened to the threads lining a hat or parasol. Maybe they were woven into hair or embroidered on a ceremonial garb. The fact is that we do not know, but I am inclined to believe that they were part of a priest-king’s garb or part of some head-wear, said Flemming Kaul of the Danish National Museum press release. The site has now yielded the most gold jewellery and other artefacts by weight from the northern European Bronze Age. “The sun was one of the holy symbols in the Bronze Age and gold was presumably seen as having some sort of particular magic power. It is coloured like the sun, it shines like the sun, and because gold lasts forever, it was also seen as containing some of the sun’s power,” Kaul said. 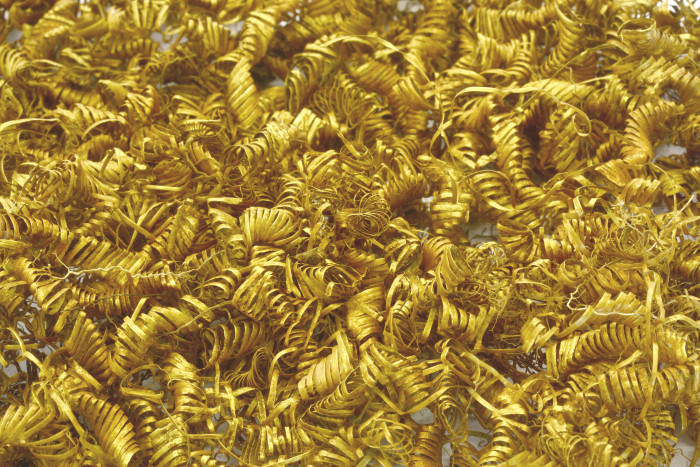 Besides the four gold rings that triggered the excavation, six other large and heavy gold rings have been found in the same area. And in the 1800s some local farmers found six gold vessels at Borgbjerg Banke, located some 500 meters away. The rings weigh together 3.5 kg, and the bowls and beakers more than a kilogram, so it is one of the largest gold finds from the Bronze Age in Northern Europe. It shows that the place had a special significance for the Bronze Age people when they chose to sacrifice several kilos of gold.