Rare gold coin worth £15,000 is found by an amateur treasure hunter who thought it was a bottle top.

A rare gold coin dating back to the 15th century has been unearthed by an amateur treasure hunter –  who thought it was a bottle top. The prized coin was struck during the brief 86-day reign of King Edward V who was murdered in the Tower of London. Brian Biddle, 64, found the Angel coin using a metal detector in a farmer’s field where it had laid undisturbed for 533 years. 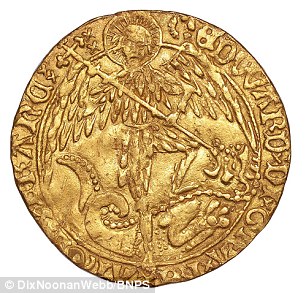 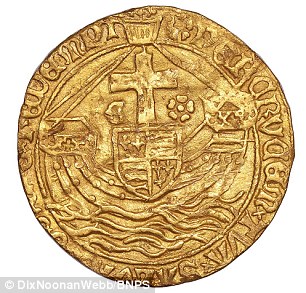 The land in Tolpuddle, Dorset, had been repeatedly searched over the years by members of the Stour Valley Search and Recovery Club before Brian turned up with his detector. He realised he was getting warmer in his hunt for a piece of treasure when his device sounded the alarm. Mr Biddle said: ‘At first I thought it was a bottle top as we find a lot of things like that. But once I got it out of the ground I realised it was a gold coin.’

Mr Biddle, from Bournemouth, took his lucky find to the Dorchester Museum. Experts identified it as an Angel coin with an image of Archangel Saint Michael slaying a dragon and the legend ‘Edward Di Gra’ which shows it was minted during the reign of Edward V.

2 thoughts on “Rare gold coin found by a metal detectorist”